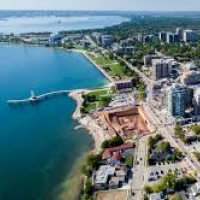 Since January there has been an ongoing discussion with Doug Ford’s Provincial Government, the province was trying to figure out how to streamline and provide better services to respect the tax payers’ dollar. With that brought the threat of an amalgamation of local municipalities into a “City of Halton.” Meaning that the cities of Oakville, Burlington, Milton and Halton Hills would be no more.

Many residents did just what the government asked for and  spoke their minds over the last 8 months, groups like ‘We Love Burlington- STOP Amalgamation’ spoke up to tell Ford and his people that big governments are not always the most efficient, and as the good ol’ saying goes ‘if it’s not broken, don’t fix it.’

The voices of the communities did not go un-heard! The decision was made on October 25th that the Ford government decided not to impose changes to size or structure to municipal governments. Instead the provincial government will be providing $143 million to local municipalities to help lower costs and improves services for residents.

Burlington Mayor Marianne Meed is ecstatic that the people in Burlington were heard;

“I applaud the Hon. Min. Clark and Premier Ford for listening to the feedback they received from the municipal and regional governments and local residents. Deciding not to overhaul the regional government system with a top-down approach and providing up to $143 million in funding over 4 years to all Ontario municipalities will allow us to continue to self-govern and continue to find our own ways to lower costs and improve our services. I look forward to on-going collaboration with our Provincial government and colleagues.”

To read more about the decision visit https://www.insidehalton.com/news-story/9663125--we-were-heard-halton-mayors-and-residents-group-celebrate-end-of-amalgamation-threat/